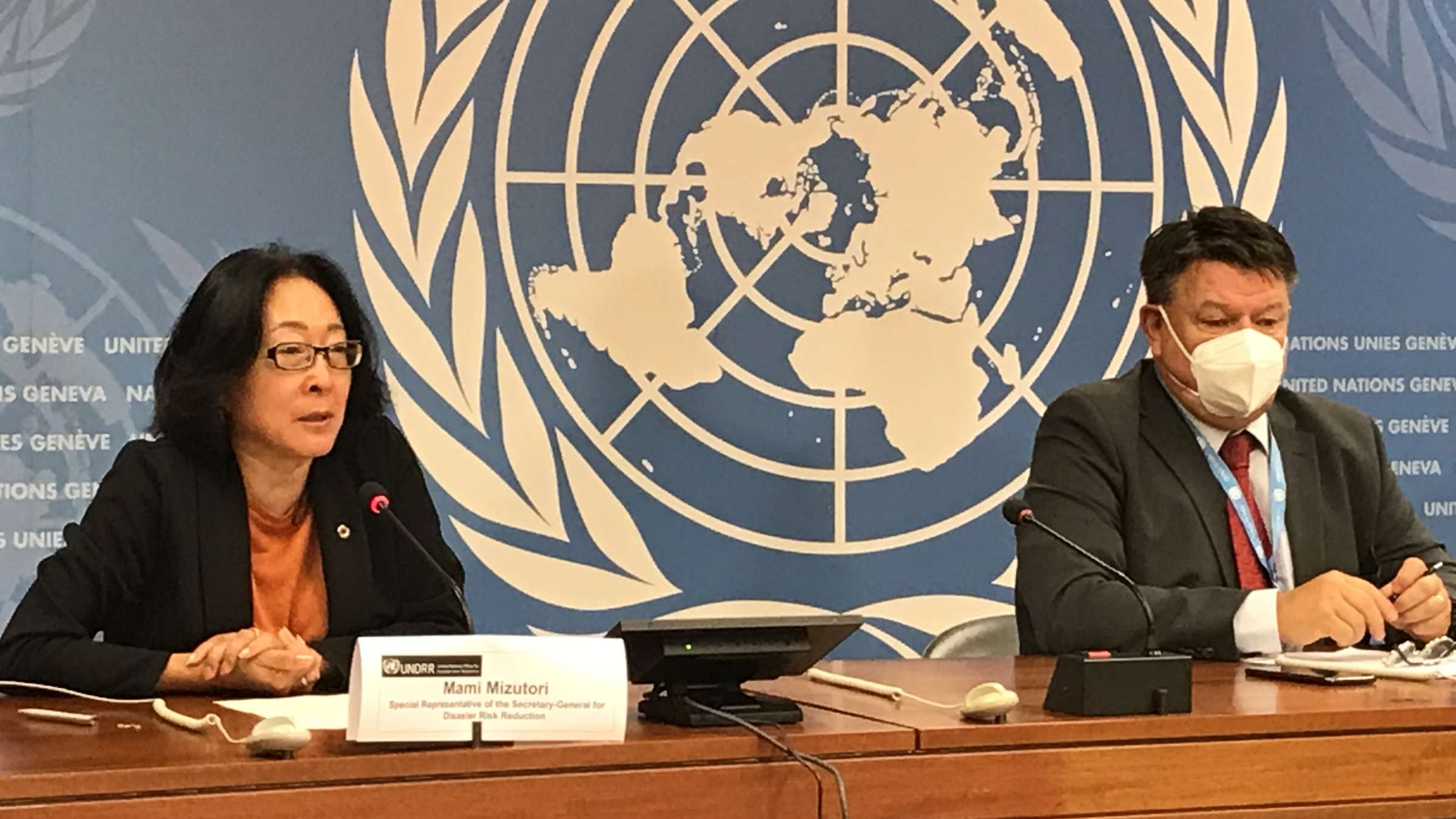 I would like to applaud my WMO colleagues under the leadership of Secretary-General Professor Petteri Taalas for producing this timely review of mortality linked to extreme weather events over the last 50 years.

More lives are being saved thanks to early warning systems. We see evidence of this right across the world from the Gulf of Mexico to the Bay of Bengal. Thanks to advances in meteorology, satellite imagery and stronger risk governance, disasters that in the past, would have taken thousands of lives no longer do so.

However, it is also true that the numbers of people affected by disasters is increasing due to population growth in hazard-exposed areas and the growing intensity and frequency of extreme weather events.

July was the hottest month since records began. There are more greenhouse gases in the atmosphere than ever before.  The climate emergency is manifesting itself in many unprecedented events around the globe which threaten human health and safety and erode our quality of life.

The overlap of the COVID-19 pandemic with extreme weather events during the last 18 months, demonstrates the need for greater investment in disaster risk reduction and a multi-hazard approach to disaster risk management.

In recent days, we have had a vivid example of the benefits of investing in disaster risk reduction.

On the anniversary of Hurricane Katrina, the city of New Orleans and much of Louisiana faced its greatest challenge when Category 4, Hurricane Ida, made landfall.

The difference this time was that over the last 16 years the city embarked on one of the largest public-works projects in the world.

After Hurricane Katrina devastated New Orleans in 2005, the city designed a new Hurricane and Storm Damage Risk Reduction System which required an investment of $14.5 billion in gates, flood walls and levees that would protect it against another once-in-a-century storm.

One dreads to think of the loss of life and destruction of critical infrastructure that would have ensued in recent days if this system had not been completed three years ago.

Of course, great economic loss and damage to public utilities has resulted from this hurricane but the essential lesson is that the investment in disaster resilient infrastructure has mean that major loss of life has been averted and the extent of economic losses has been mitigated considerably.

I have no doubt that New Orleans and the State of Louisiana will process the learning from this latest disaster and build back better to be even more resilient in the face of the next major hurricane.

Developing countries are not so fortunate when it comes to the resources available to them for investment in disaster resilient infrastructure and multi-hazard warning systems which, together, can both save lives and reduce disruption to everyday life including access to work, schools and health services.

As the Atlas highlights only half of the 193 WMO members have multi-hazard early warning systems and there are severe gaps in weather and hydrological observing networks in Africa, parts of Latin America and in Pacific and Caribbean island states.

Disasters impact developing countries disproportionately resulting in higher loss of life, and greater numbers of people injured, and left displaced and homeless. Their economic losses are also higher as a percentage of GDP.

Many of them struggle to find the resources to implement their national strategies for disaster risk reduction which are a key element of the Sendai Framework for Disaster Risk Reduction, the global plan to reduce disaster losses agreed by UN Member States,

There is no vaccine against poverty. International cooperation to developing countries is essential if many of them are to survive the climate emergency and adapt to the challenges of a warming world which they have done little to create.

The G20 countries must step up to the plate, not only to deliver on their promises to reduce greenhouse gas emissions but to provide financial, technological and capacity building support to developing countries that are struggling to cope with rising sea levels, warming seas, erratic rainfall and the constant threat of extreme weather events.

International cooperation for developing countries will be the theme of this year’s International Day for Disaster Risk Reduction on 13 October. It will be an opportunity to turn the spotlight on the need to strengthen disaster risk governance in developing countries and increase the availability of multi-hazard early warning systems and public access to disaster risk information. For more information on the WMO Atlas visit https://bit.ly/3BsCH8c